It is 150 years since Lewis Carroll wrote ‘Alice’s Adventures in Wonderland’. His book was one of the first that put a child at the centre of the story and was intended as an enjoyable story for children rather than to make a moral point. The story originated on a Summer’s day when Lewis told a story to little girl called Alice as they travelled down the river near Oxford.

To commemorate the Alice in Wonderland book, sellers on Etsy, an online creative market place, have designed art & gifts. In the story, Alice encounters The Playing Cards painting the roses in the Queen’s garden red.  Ann-Marie has incorporated this extract into a paper rose printed with the text. Paper Tree now has an Etsy shop which sells a limited selection of our designs. 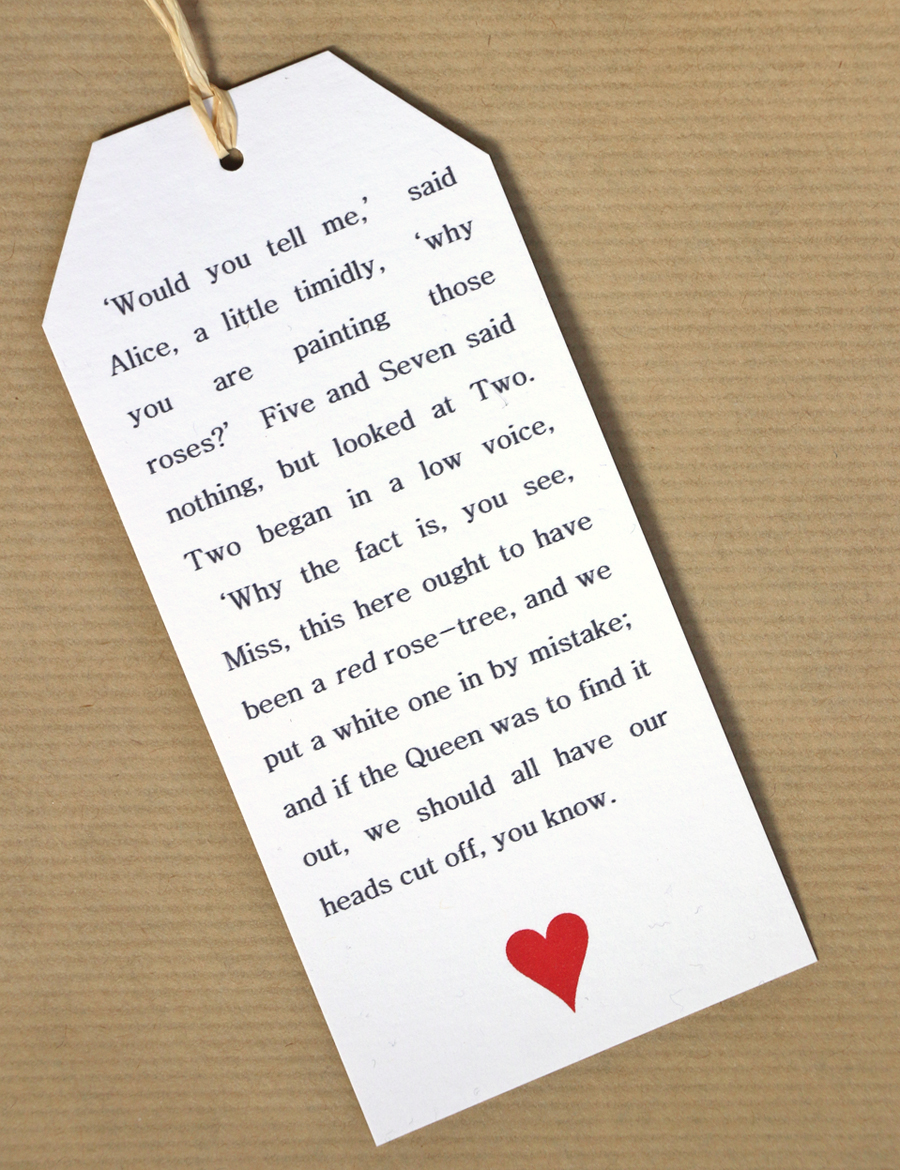 ‘Would you tell me,’ said Alice, a little timidly, ‘why you are painting those roses?’ Five and Seven said nothing, but looked at Two. Two began in a low voice, ‘Why the fact is, you see, Miss, this here ought to have been a red rose-tree, and we put a white one in by mistake; and if the Queen was to find it out, we should all have our heads cut off, you know.